Get 'er done: Doing your own ebook cover art.

Cover art is important. You'd think that with an ebook, cover art would be the least important, but we are a visual society and every article I've read about epublishing has stressed the importance of a good cover for your book. Paying an artist or graphic designer is the preferred way, but it will cost you anywhere from $200-$700. To think you can compete with these professionals is ill-advised, but if you're on a Top Ramen budget like I am, you may not have a choice. Making your own cover art can be fun if you don't mind spending at least a few weeks figuring out the software, many hours thinking about what you want it to look like, and several false starts and redo's.  Here's how my experience went.
When I started thinking about concept, I knew I wouldn't be able to do any actual drawing, so I had to either take some pictures or find clipart on the web that I could use. Pictures I had in albums looked like personal pictures, so they wouldn't work. I considered just having a plain background with a title and my name, but it looked boring. Then, finally, I had a vision. I knew what I wanted. I just needed to figure out how to blend all the elements with a software program I could afford, and hope no one knew I had no idea what I was doing.
The first thing I did was borrow a suitcase from a friend. Next, I had a picture of me taken with the suitcase. Lastly, I went on the hunt for photo editing software. 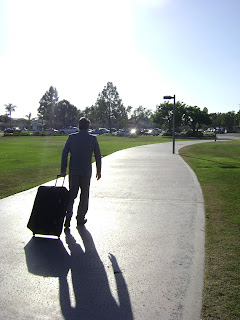 Gimp2.6 is offered free on the web--it's hard to believe they do this because it's such a great program. A friend brought over his version of Photoshop to "help" me, and as far as I could tell, it wasn't much different than Gimp; in fact I knew how to use his program because I had used Gimp. The down side is that it's somewhat complicated. It took me about a week to figure out most of the ins and outs.
After I downloaded the Gimp program for free, I just needed one more picture, which I found for free on the NASA site. They offer pictures on their site for free as long as you site them as a source of the picture in the acknowledgements page of your book. If you use NASA pictures, make sure to read over their copyright notice.
To recap:
Gimp2.6: free.
Picture of handsome guy with suitcase: $0.00
Picture of "Face-on spiral galaxy NGL3983" courtesy of NASA and STScI: Free--and priceless.
All I had to do now was combine all of these things and try to make something that looked like a professional book cover. I played with hundreds of fonts and styles for the title before settling on one.
When I had it finished, I beta tested it. I sent it to friends and family and asked what they thought. Did it look like a real book cover, or did it look like some guy clowning around with a graphic design program? Then I went on the Kindle forums for unbiased feedback. All was positive.
Because this one seemed to go so well, I was inspired (and still broke), so I used the same process to make other covers. When budget permits, I look forward to finding a cover artist that blows my doors, but for now I'm enjoying doing it myself. I look forward to your feedback. 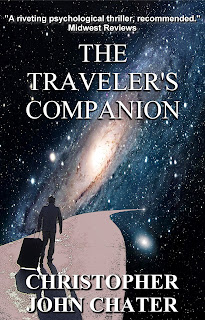