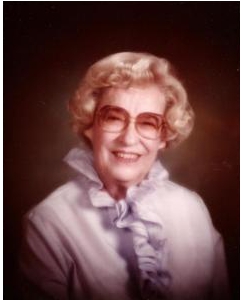 Just wanted to write a quickie about mentors. I've had a few. My first was my grandmother, Elizabeth Chater. When I was 16 I used to drive over to her house once a week so she could edit my material and give me some pointers. She had taught science fiction creative writing at SDSU and had eventually achieved Professor of Emeritus. During her time at SDSU, she had Greg Bear as a student. They formed a relationship and he even dedicated a book to her. She was the smartest person I have ever met. Her I.Q. was clocked in at 186. It was impossible to stump her when it came to grammar. She wrote and published 24 novels and countless short stories. She could write an entire book with no errors, and when submitting a book to her publisher she sometimes had to fight with editors who would introduce errors. She never once had an unkind word to say about my work, even
when it was junk. I think more mentors should be like this, rather than the drill sergeant method. I learned a lot from her. Some of her words of wisdom: "Seat of the writer, seat of the chair." And:  "Never pay anyone to read your work." I only broke this rule once, when another mentor, Stephen Womack, my screen writing teacher at Watkins Film School, suggested I submit my screenplay to the prestigious Nichols Fellowship. It was only fifteen dollars, but I felt like I was breaking my grandmother's rule. Thousands of people submit to the fellowship and it was no surprise to me that I didn't even make it to the second quarter. I was honored that my teacher thought my script was good enough to enter for the fellowship, but it was money down the drain if you ask me. David Farland says his agent charges a reading fee to keep from getting too many submissions, but apparently never collects the cash. But with all the unscrupulous contests and agents out there, I think this is a fair rule.

Another mentor was Ernest Hemingway's book A Moveable Feast. It's a memoir Hemingway wrote about his time in Paris in the 1920's, and it features the people that mentored him along the way, including Gertrude Stein and F. Scott Fitzgerald. I read it when I was 18 and it inspired me to want to be a part of my own writing community.

The best book on writing as far as I'm concerned is Zen and the Art of Writing by Ray Bradbury. It's beautifully impractical. Rarely does it get into the nuts and bolts of writing--it's more about the way a writer should approach his work, how to find the Zen. If a writer can find the Zen, he can write as good as anyone. As far as I'm concerned, it’s the only book writers should read. Other books focus much more on academic concerns, like John Gardner's The Art of Fiction. According to Gardner, there isn't a writer of merit who didn't graduate from college. Really? What about Ernest Hemingway, Woody Allen, William Saroyan, William Shakespeare, George Bernard Shaw, Ray Bradbury, James Cameron, Paulo Coelho, Noel Coward, Mark Twain, Leo Tolstoy, and tons more. (Shakespeare, Twain, Hemingway, Tolstoy arguably the greatest writers who ever lived). My favorite on this list, and another mentor of mine, is my father Kerry Chater. He spent a year at a junior college to make his father happy, but then left so he could play in a band called Gary Puckett and the Union Gap--a band that outsold the Beatles in 1968. He later went on to write five number one hits. My favorite word of advice of his is: "Do it for free, but don't do it for nothing."

I'm not anti-college, but I don't think it’s absolutely necessary to becoming a successful writer. See for yourself:    http://www.collegedropoutshalloffame.com/c.htm.
Too much of an emphasis on mechanics can stifle a young writer. Write what makes you happy and worry about grammar later…or date a copy editor. That's what I did.