What length should an eBook be?

The great thing about eBooks is that a story can be whatever length the author wants it to be. There may be some reader expectation when it comes to something described as a book, so it's good to know the current industry standards. Also, if a writer wants to submit to a particular contest, or just wants to know what to call a work that's 17,420 words, there is a guideline available.

Book length was actually what started me on the path of eBooks.  About 6 months ago, I submitted a novel to an agent. It was 47,000 words and I was afraid it might be considered little too short for a novel, but at the time I wanted it that length and I hoped the agent wouldn't fault the work for it. I had read that, according to agents and editors, a first time novel should be about 80-100,000 words.  Wouldn't you know it, the agent sent me a message back saying that he liked the idea but that it was too short. He called it a short story, although I knew better. So I wrote him back and asked if he'd consider the book if it were longer. He said yes, so I started on a three-month journey of rewriting, trying to pull words out of the air, doing my best to make it fit to industry standard. I finished it, resubmitted it to him, and he said he wasn't interested. That was the moment I decided to self-publish. 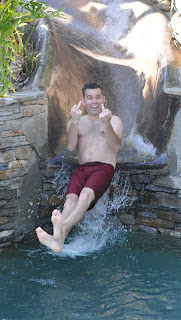 Book length and size used to be set by distributors and pulp magazines. For instance, in the 1920's when Hugo Gernsback was pumping out Amazing Stories Magazine, he published stories that were about 30,000 words. By the 80's, when those paperback book racks started showing up in supermarkets, the books that fit them were about 80-100,000 words. Oddly, since the 60's the industry standard for a novel has gone up about ten thousand words per decade.  There are exceptions, of course. These days traditionally published mystery books average about 65,000 words. Kid's books are typically much shorter.
The question now is: what length should an eBook be?
Answer: Any length.
BUT
Make sure your readers understand what they are purchasing.  Don't call a short story a novel, and be careful when referring to a shorter work as an eBook. It's best to include a word count and the proper nomenclature for the work in the book's description.
Here's what I found from a few sources on the web:
Flash Fiction: 100-1000 words
Short Story: 1000-7,500
Novelette: 7,500-25,000
Novella: 25,000-60,000
Novel: 75,000-110,000
Epic: 110,000+
There are always exceptions. Personally, I think a novel can exceed 110,000, maybe as high as 130,000, but these numbers are really more of a guideline. If you're shooting for a Nebula Award, stick to these parameters.
I've read reviews where the work was criticized for being advertised as a book when it was really a novelette or a novella. You don't want your readers to be disappointed or feel cheated.  Readers are very sensitive about what they feel is the right price for a work, and they might even be more willing to pay more for a longer work.
The story I'm working on now, so far, is looking to fall into the 20,000 word range, making it a novelette. A lot of readers might refer to that as a short story, unaware of what a novelette is, so when I publish it I'll be sure to include a word count. But who knows, I may get on a roll tomorrow and suddenly have a novella.  That's the cool thing about self-publishing eBooks. 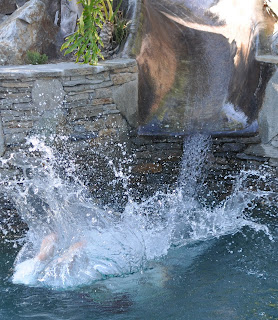